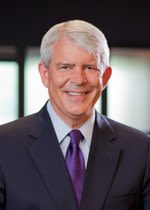 With nearly four decades of legal practice, John Alton is a skilled litigator who is dedicated to helping plaintiffs recover for their accidents or injuries.

John has represented clients across Ohio in numerous matters, focusing exclusively on personal injury cases for more than 20 years. John serves as Of Counsel at E. Ray Critchett, LLC.

John handles cases involving personal injury, medical malpractice, and legal malpractice. His goal is to provide high-quality, compassionate legal representation to his clients who have been injured through the negligence or wrongdoing of another person or organization. He has particular skill in negotiating with and litigating against some of the largest insurance companies and medical care providers in the country. He is an accomplished litigator and was certified in Civil Trial Advocacy by the National Board of Trial Advocacy in 1997.

A 1974 graduate of Duke University with a degree in psychology, John obtained his law degree from Southern Methodist University Dedman School of Law in 1977. He uses his background in psychology and religion to assist his clients through the emotionally-trying aftermath of an accident or injury, shepherding them through the legal process with skill and compassion. He is a member or fellow in multiple prestigious legal groups, including the American College of Trial Lawyers, the American Board of Trial Advocates, Martindale-Hubble Bar Register of Preeminent Lawyers, Million Dollar Advocates Forum, Best Lawyers and Super Lawyers.

As a native of Columbus, John is committed to civic activities in Central Ohio. He has been involved in numerous political campaigns for judges, sheriffs, and other officeholders. He has served as Co-Chair in two capacities in the Gahanna-Jefferson School District and as a class agent and alumni board member for The Columbus Academy.