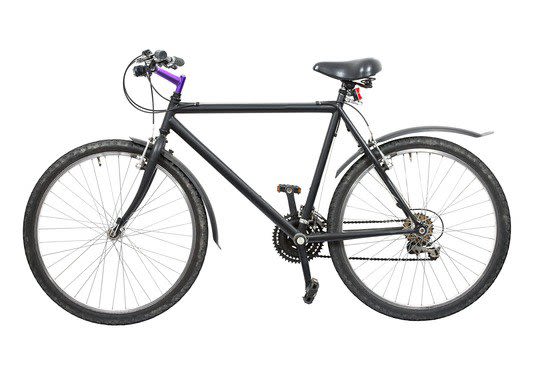 Bike riding is an excellent form of exercise and definitely a great way to get the family together, but it does have its risks. Your bike could hit an unforeseen crack in the sidewalk, a driver could veer off the roadway and into the bike lane you’re riding in, or something else unexpected could arise causing you to get hurt. That is why all bike riders, both big and small, should invest in a high-quality helmet to ensure that if you were to engage in an accident, your head would be protected, and you would decrease your chances of sustaining a serious injury.

One Ohio resident shared her story this month with The Columbus Dispatch and she said that had she not been wearing her helmet on the day she was involved in an unexpected accident, she may not be alive or the woman she is today.

This is what happened to Miranda Cox.

Approximately one year ago, Cox said she and a friend went out for a bike ride. Because she lived close enough to Alum Creek Trail, she would often ride out there when the weather permitted. But on this one particular day, Cox learned a major life lesson she feels the rest of the world should know and that is, always wear a helmet while riding a bike. Cox had been wearing her helmet when she fell off her bike and although she suffered a traumatic brain injury, it could have been much worse had she not taken precaution and put on her helmet.

Cox told The Columbus Dispatch that she didn’t remember being transported in an ambulance nor the first few days she spent in the hospital. She missed her son’s college graduation ceremony, but thankfully, was able to recover “without significant lasting cognitive or personality impairments.” But, it wasn’t easy and for a few months, she couldn’t work, exercise, or do anything that would be considered more difficult than sitting on the sofa. It took time and a great deal of therapy to get Cox back to the woman she once was, but had she not been wearing her helmet, she may have never recovered. She mentioned that without the helmet it was likely she would have suffered serious, permanent damage, but her neurologist told her that the chances of her surviving were actually slim.

Cox’s Helmet Gave Her Another Chance at Life

Did you know that each year in the U.S., approximately 800 bicyclists are killed and another 500,000 wind up in emergency hospitals rooms? And nearly 2/3 of these deaths and 1/3 of these injuries involved the head and face, according to the Cleveland Clinic?  The fact is, a helmet has the potential to reduce the risk of a head injury by as much as 85%. That alone should be enough to encourage you and your loved ones to always protect your head while out riding. And teaching your kids how to take precaution at an early age can help develop them into individuals who are careful and practice safety.

While Cox’s story and these unfortunate statistics are enough to make anyone want to be a safer biker, sadly, unexpected accidents still occur and people are forced to live out the remaining years of their life suffering.

If you have been injured in a bicycle accident that could have been prevented, whether it was caused by an unmaintained roadway, a negligent driver, or for another reason, you are encouraged to contact our firm today and speak with Columbus, OH personal injury attorney E. Ray Critchett. Just like Cox, most victims require a significant amount of therapy and are unable to work, and this alone can put a damper on your finances. For that reason, we suggest you give us a call so that we can discuss what forms of compensation are available to you and how we can help you recover it.

You can reach the E. Ray Critchett, LLC. today at: