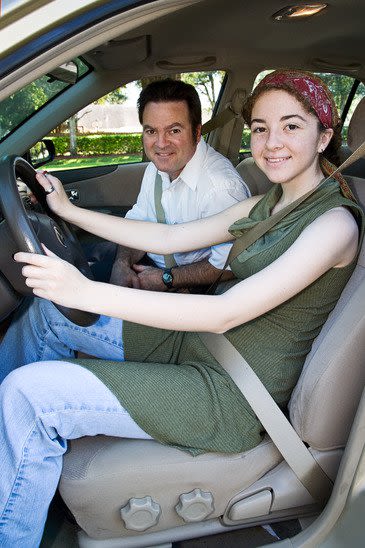 When a teen is given the chance to drive, they are filled with excitement, joy, and eagerness to explore the road. But, what many families are witnessing is that these teens are also filled with inexperience which often contributes to a car accident occurring. The Ohio Highway Patrol reported that between 2014 and 2016, 95,259 crashes occurred across the state that were caused by teens [Source: Dayton Daily News]. Two-hundred and eighty-six of those accidents resulted in a fatality and 41,411 left a teen injured.

After many families have taken a loss brought on by a vehicular accident, more and more are agreeing that a change needs to be implemented for when a teen is issued their driver’s license. For some families, their loss occurred back in 2012 when three Bellbrook High School girls were killed in an accident caused by a 17-year-old boy who lost control of his pickup. For another family, it came in October when a Greenon High School junior was killed after his car crashed into a utility pole. The fact is, too many accidents involving teens are occurring which might indicate that they need more practice and instruction prior to being issued their driver’s license. And that is what House Bill 293 is expected to do.

According to the news source, House Bill 293, which was approved by the Ohio House Transportation Committee in an 11-3 vote, “would extend the temporary instruction permit phase for new drivers to 12 months, up from six months, meaning new drivers would spend time on the road in each of the four seasons.” The bill is also expected to “delay the issuance of the first license to 16 ½ years of age and set the curfew for unsupervised teen drivers at 10:00 p.m., two hours earlier than the current law that requires parental supervision between midnight and 6:00 a.m.”

The ultimate goal of the bill is to increase teen safety and protect them along with others on the roadway from becoming injured or killed. If a teen were to gain more experience prior to being granted permission to drive alone, teen accidents could potentially decrease in number. The bill proposes that with the curfew modification alone, fatal crashes could reduce by five percent and with the license age moving up, that could result in another drop of seven percent in fatal crashes. Currently, some of the biggest mistakes teens are making right now include following too closely, failing to yield, driving at unsafe speeds, and failing to control their vehicle.

The truth is, no parent ever wants to receive that dreadful phone call stating that their teen has been involved in a crash nor does any parent want to watch their child suffer from life-threatening injuries they sustained in an auto accident. Perhaps this proposed bill might be a way to start reducing the number of teen accidents that are occurring which will not only result in fewer deaths but also contribute to making Ohio roadways safer to drive on.

Was your teen recently involved in an accident in Columbus, OH?

If your teen was a victim to a recent accident that occurred, Columbus personal injury attorney E. Ray Critchett is available to help you determine if, and how much, compensation your child might be entitled to as a result of the collision. Vehicular accidents are known to bring on a great deal of pain and suffering and that in return could cost a significant amount in medical bills. Our law firm helps clients who have been involved in various types of accidents on a daily basis recover compensation for the damage done and helps them seek justice for the unfortunate incident that has impacted their life tremendously.

Call us now at 740-282-5393 to get an initial consultation scheduled so we can further explain how we may be able to help you through this difficult time.